The reason for the title of this post being what it is - is that sometimes progress is more general, and less specific. Truth be told - it can be an intimidating feeling when you feel as though you haven't really progressed in a specific project, sometimes even when you attempt to objectively look at the progress you've made recent, it can also feel as though you could have done more. Which isn't a bad thing - critically looking at yourself, reflecting and thinking about how you can do better is good - but crediting yourself when it's due and also doing so can be a difficult balance. I digress - the general progress updates will likely be used on days where progress was more general rather than project specific.

My progress with the introduction to digital art course is going fairly well. Much of what's being taught is still fairly basic - however, strengthening basic concepts is definitely key to improving a skill which one feels less proficient at. I am quite anxious to return to work on Foundation of Civilisation, however. I am holding off as I continue work on this digital arts course; and also add more focus towards my Master Dissertation. 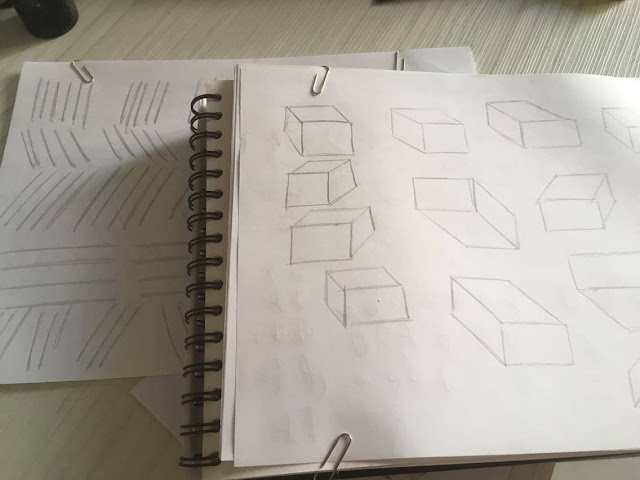 My Masters research will be occupying a fair portion of my time the coming 6 months at the very least - this will mean that work on Foundation of Civilisation will be slowed down. That being said - I do plan to continue working on the project throughout the 6 months. I will most likely be dedicating a day or so during the week to working on Foundation of Civilisation, but ensuring that the Dissertation receives priority.

Until next time,
Dylan
Posted by Dylan Moon at 10:28 No comments:

As I continue the Udemy Digital Arts course - with not much to show for at the moment as the course does start off fairly basic with concepts such as line work and line weight, I decided to bring forward a system I have implemented into the game to later on help with balancing and gathering game-play data. 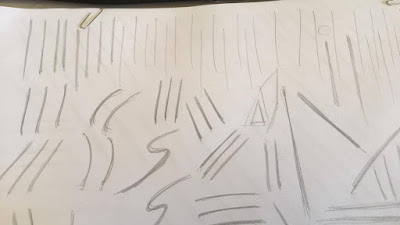 The system as it is at the moment simply saves specific data from the game session to an external text file - which can then be imported to a spreadsheet software to help with interpreting the data itself. At the moment - the data gathered is simple, population growth, decline and immigration during a specific turn. However eventually I hope to add other data points that could help with balancing; including resource production, amount of workers at various workposts, and so on. 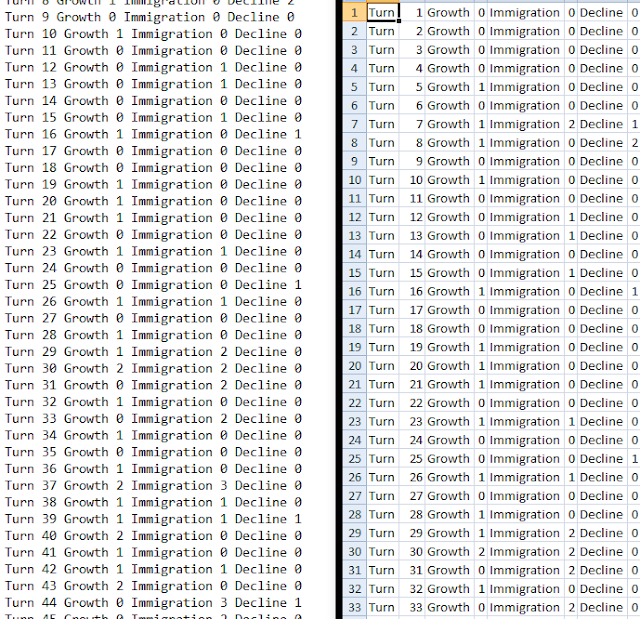 Needless to say - balancing is not the highest priority for the moment; although having this system in place, together with the insights it could help provide, might help make design decisions later on. Plus due to the simplicity of implementing the system itself [less than to around an hour's work], I decided it would be best to just implement it whilst the idea was fresh in memory, and I had some time to spare. The information is also gather un-intrusively - which will definitely aid in play-tests later on - to help figure out what numbers to adjust during game-play and so on.

Until next time,
Dylan
Posted by Dylan Moon at 10:51 No comments:

As I have mentioned in a previous post - this month will be focusing primarily on improving the project aesthetically - and aiming to improve on this aspect both in relation to making changes, as well as making the graphics more appealing.

Much - if not all - of the game's current graphical assets were always intended to be placeholders. I do have a vision for how the game would aesthetically look at completion - however, between now and then lies a few obstacles. Depending on whether I decide to forgo bringing in digital artists to create assets for the game, or simply create them myself - will have a major impact on the project. Whilst the biggest barrier to bringing in digital artists to create assets is primarily financial, as well as finding the artist with the style that can fit the game itself; the biggest barrier when creating the assets myself is a mixture between my skill-set and the time-investment.

As such - the first thing I am will be working on this month - is taking a digital arts course; with the aim to improve my drawing abilities, both digitally and non-digitally. This will likely take up a large part of the month, and will also likely take more time even after - however the intention is to begin improving my artistic abilities in digital arts, and keep moving forward from there.

I may do a few touches to the code itself this month - however, primarily this month I will solely be focusing on the graphical and aesthetic aspect of the project itself.

Until next time,
Dylan
Posted by Dylan Moon at 09:32 No comments:

I apologise for the slight delay in posting this article. During the last week I have been busy with other work - which has resulted in me not achieving much in terms of Foundation of Civilisation. However, I have been able to find time to replace some placeholder graphical assets with more relevant ones. 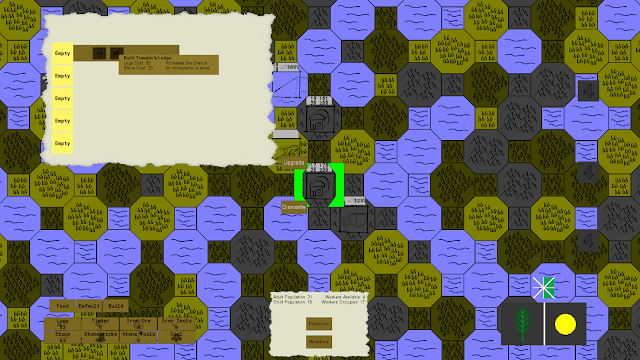 Aside from providing graphics to the Housing and Traveler's Lodge upgrades within the Residential District; I've also given a graphic to the Event notifications to help the user tell what type of notification it is, at a glance.

I hope to spend the next month focusing more on the graphical side of the project - and begin to change some of the placeholder graphical assets with more fitting ones. Whilst those would more likely not be the final graphical assets, it will help give the project a better appearance during play-testing, and will also help to begin dialling down on the art-style which I have planned.

Until next time,
Dylan
Posted by Dylan Moon at 02:35 No comments: